Listen to the audio file of this article

What is is. What happens happens. There is no way to deny truth.

An anecdote is a story. A true story.

For example, “My child was healthy. We took them to the doctor for shots. On the way from the clinic to the car in the parking lot my child had a seizure. That night they had a high fever, screamed constantly, were unsoothable, had the most foul smelling stools and would not eat. When we woke the next morning my child no longer made eye contact, their limbs were weak, they no longer communicated about their needs and interests. Now, three years later, they have failed to thrive, still do not speak, continue to wear diapers as they have little to no bowel control, and still won’t look us in the eyes.”

This is an anecdote. It is a story. It happened. Anybody reading this story is going to think, “The vaccine must have caused the change. It is obvious.”

Thousands of doctors and scientists around the world have heard these stories and dedicated their lives to figuring out how this happens and what to do about it. Thanks to their hard work and the work and cooperation of the families involved, many families that have experienced this have been healed.

There is another response that some people have. It is difficult to understand how some people could have this response, but I will try to consider some possibilities. The response can be summed up as, “Nunh unh.”

For some reason, when some people hear these stories their immediate and sustained response is that it did not happen. The deniers seem to fit into a few categories. I will try to sum them up here.

1. The Casual Denier
These people read a few headlines in the newspapers that said “scientists have proven there is no link between vaccines and autism.” This is where their curiosity ends. While the end of curiosity, as tragic as it may be, is common, to then believe that because you read it in the newspaper you now know is ludicrous at best.

Sadly, many doctors fit into this category. They read in some report somewhere that the science was settled and that is that. They may not know that the science was settled by decree, not by investigation. They may not know that reams and reams of academic and clinical science (as opposed to government or industrial science) demonstrate how often such anecdotes occur and why. But they are members of the cult and would not even think to question the decrees of the leadership. They have been trained from day one to repeat after me.

In fact, this is how doctors are made. The smart people are dropping out of high school, or at least barely getting by. The adult world is full of hypocrisy. The intelligent teen knows this inside and struggles to survive. The dull witted teen seeks external accolades and does as they are told. These are the ones who become doctors. To question the givers of the gold stars would be tantamount to questioning their entire raison d’etre.

2. The Studious Denier
These people diligently read the decrees. They can tell you who counted how many kids when and then decreed that vaccines do not cause autism. They completely ignore, even deny all the stories from people who witnessed it with their own eyes with a fancy bit of logic.

It goes, “The authority has said so.” This means they have read something about some scientists who did a study. They may have read a few of these studies and many articles discussing these studies. No matter how many studies are done, no amount of science can disprove what is. The fact that the study failed to find relevant information is a sign of a poorly designed study, not a sign that what happened did not happen. Science begins with what is and seeks to describe and understand it. Denying what is belongs to the realm of cults and marketing departments.

Most of these studies are epidemiological in nature. The big epidemiological study is, “We are experimenting on the immune systems of children with neurotoxins. There are pandemics of immune system and nervous system diseases.” That one is pretty hard to deny. But a talented epidemiologist can always comb through reams of data to find data points that do not show direct statistical relationships.

The studious denier uses these decrees by the epidemiologists to claim that what happened, what the parent witnessed, what thousands, possibly now millions of parents have witnessed, did not happen. That is ridiculous.

3. The Intentional Denier
The people working for the Centers for Disease Control and Prevention (CDC) fit into this category, as do those working for industry and many working in related organizations. These people know vaccines cause autism. They know enough about biochemistry to realize that injecting industrial toxins into babies is going to mess them up. They have seen the raw data. They have seen the raw data demonstrating that vaccines have not prevented deaths. And they have decided that vaccines are more important than the health of the children who receive them.

The amount of energy that is put into denying the link between vaccines and autism, the amount of energy put into creating the illusion that vaccines saved us from deadly pandemics is proof enough that somebody is trying to cover up something. The wise outside observer would do well to question what they are hiding and why.

These are the people who pour through epidemiological data and cherry pick data from two irrelevant years to suggest that vaccines have been responsible for the decline in deaths even though anybody looking at the data from all years will see the vaccines came along after the fact.

These are the people who decide to stop using the word inoculation, which means to inject pathogens, and instead use the scientifically indefensible term, “vaccine preventable disease.” These are the people who program the studious deniers and the casual deniers. They sow doubt and call it science. Once you hear their programmed phrases a few times you can learn to identify them. Most of the people who argue that vaccines don’t cause autism are repeating the programmed phrases created by the intentional deniers.

The casual and studious deniers believe themselves. They believe the authorities. Their choice is to put their faith in the social institutions such as government, industry and their non profit organizations and publicity and lobbying activities and to deny the experience of real people.

The intentional denier knows what they are doing. They have chosen their career, their financial well being, their devotion to the institution, or some other value over honesty.

Yet reality remains. Autism is on the rise. Epilepsy is pandemic. Toxic load is overwhelming even new born infants. And the people who are supposed to be figuring out why can do nothing but repeat their own program, “Nunh unh.” 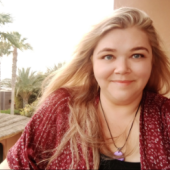 UK could introduce national cryptocurrency in 2018