Two ex-ESPN employees are suing the sports company, alleging they were dismissed for failing to comply with its Covid-19 vaccine mandate.

A federal lawsuit was filed Wednesday on behalf of plaintiffs, Allison Williams and Beth Faber, in U.S. District Court in Connecticut.

Williams was a former reporter at ‘The Worldwide Leader in Sports’, while Faber was a long-time producer. Both were dismissed in late 2021. Williams and Faber objected to the vaccine on religious and disability grounds. Their appeals for exemption were both denied, allegedly leading to their dismissals. 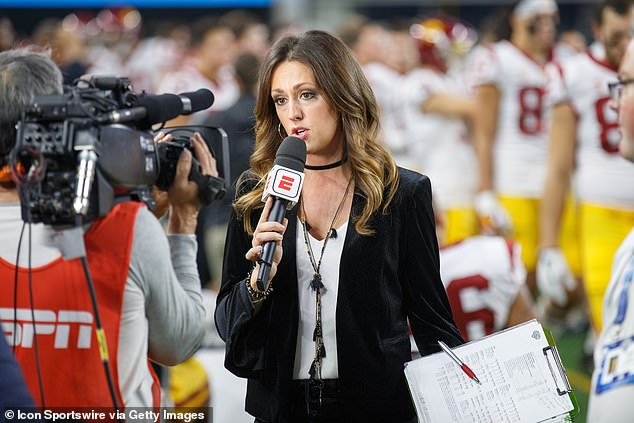 ‘Forcing [them] to choose between continuation of their employment and a violation of their religious beliefs in order to retain their livelihoods imposes a substantial burden on plaintiffs’ ability to conduct themselves in accordance with their sincerely held religious beliefs,’ attorney Christopher Dunn wrote in the suit.

oth Faber and Williams allege they endured ‘discrimination…based on their religious beliefs.’ The plaintiffs are seeking a trail by jury on all issues which are viewed to be so.

Williams, who has been outspoken about vaccine mandates, worked for FOX Sports on its college football sidelines this season. The reporter began at ESPN in 2010. 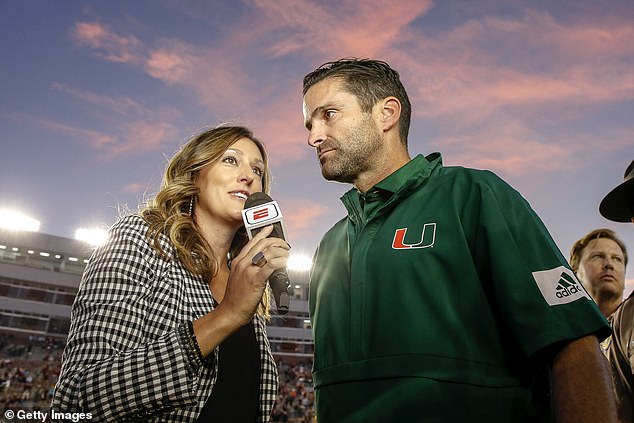 Meanwhile, Faber was hired by ESPN in 1991 and was with the company for over three decades. According to the suit, Faber informed she ‘was required to receive a Covid-19 vaccination’ and ‘preferential treatment would be given to the fully vaccinated.’

ESPN denied her request for religious exemption on a basis – amongst others – that she had failed to provide ‘validation from a priest’ to support her position, per the suit.

Subsequently, Faber was told to acquiesce to ESPN’s vaccine mandate, apply for open positions within the company which did not demand such requirements, or she would be ‘separate’ from employment at the Bristol-based entity. She was terminated on September 9, 2021, according to the lawsuit. 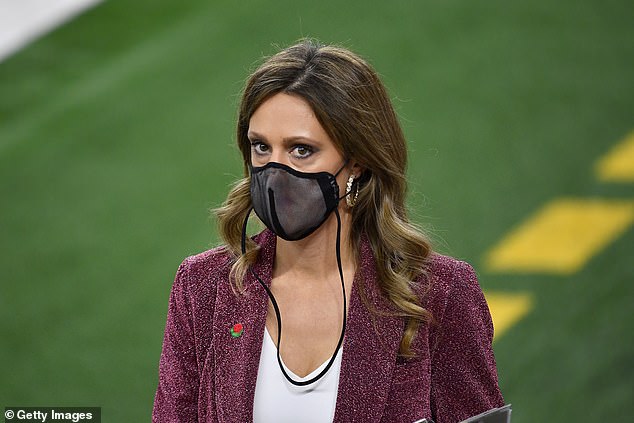 Williams had been with the network since 2010, and typically worked college sports sidelines

Meanwhile, Williams sought an exemption due to undergoing IVF at the time and had concerns as to the unknown effects the vaccine would have on her unborn fetus.

The CDC has stated ‘there is currently no evidence that any vaccines, including COVID-19 vaccines, cause fertility problems in women or men.’

ESPN’s mandate was alleged to also contravene Williams’s Christian beliefs. She claimed she had natural immunity to Covid-19 and offered other solutions, such as wearing a mask, though her request for exemption on religious grounds was also denied. Williams was told she ‘had one week to receive the Covid-19 vaccine or she would be terminated.’

Williams declined to be vaccinated and was resultantly terminated on October 19, 2021, according to the lawsuit.

Williams and her husband welcomed a second child in July 2022.

In October, Williams spoke to FOX News’ Tucker Carlson about her departure from ESPN. Initially, Williams believed she would be able to ‘safely and efficiently’ do her job the same way she did in the fall of 2020 when she wore a mask and underwent weekly testing.

But the company required all employees who traveled to events to be fully vaccinated as of August 1 with ‘no exemptions whatsoever.’

‘I really felt like I could virtually do my job without being a risk to other people,’ she explained.

‘When we allow corporations or governments to tell us what is best for our health. That is a scary place to be,’ Williams said noting vaccine mandates ordered by the major corporations, local, and federal governments last fall.

‘That is unAmerican that is not what takes place in the land of the free.’

Bombshell as two Aussies WIN their Supreme Court case over Covid fines – and it means as many as 45,000 penalties could be struck down

Word games: What the NSA means by “targeted” surveillance under Section 702